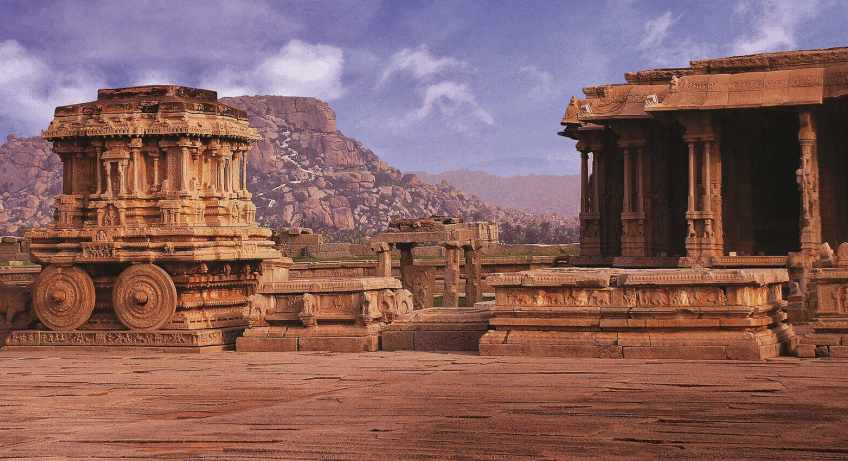 Karnataka is one of the most diverse states in India. There are several famous places in Karnataka with various landmarks and other beautiful aspects. When we say eclectic, we do mean that it is incredibly diverse. Karnataka is located close to the Deccan Plateau, the Western Ghats, and Kannad Coast.

Karnataka has a very diverse geography. Not only does it have beaches, coffee plantations but beautiful hills. Also, let’s not forget to mention the beautiful historical places in Karnataka. This place is the home to travel heritages. So, if you are interested in history and exploration, you should consider visiting Karnataka.

What are the famous places in Karnataka to visit?

You surely want to know about the best places to visit in Karnataka. There is a comprehensive list for it all. Apart from the historical and heritage beauty, Karnataka is the home to various forests. If you are planning your trip to the Southern part of India, check out the famous places in Karnataka.

Bangalore has to be the first most popular and prominent city in Karnataka. It is one major cosmopolitan city in the country. Bangalore is no less than a melting pot. Why? People of different cultures, skills, and backgrounds exist here. Also, it will not be wrong to call Bangalore the Silicon Valley of India. Bangalore is the hub for hardware, software, and telecom service companies.

If you are in Bangalore, you should consider checking out the beauty of it. The greenery in Bangalore will take you by surprise. Some famous places to visit in Bangalore include Tipu Sultan Palace, Bannerghatta Park, Lalbagh Garden, WonderLa Theme Park, and Aerospace Museum.

Its native name, Kodagu, is mainly known as Coorg. It is situated on the slopes of Western Ghats. The greenery of Coorg is what makes it so popular. But, that’s not all. One of the main reasons Coorg is so popular is the presence of coffee and paddy fields.

If you want to explore the rich flora and fauna of Karnataka, Coorg is the place to be. Moreover, Coorg is also home to various Buddhist monasteries. The presence of temples also attracts a wide range of tourists to Coorg.

Hampi is one of the main historical places in Karnataka to visit. It was declared a heritage site by UNESCO. Hampi is located on the banks of the historically significant river, Tungabhadra. Visitors going to the place today can explore the historical remains and ruins of the Vijayanagar empire.

Tourists visiting Hampi can have a look at the stone and rock carvings. These carvings will eventually give you an idea of the mastery and skill of the artisans. So, if you are someone who loves history, you should visit one of the most famous places in Karnataka, Hampi. Historic enthusiasts can have a fun honeymoon here.

Hampi is the home to around 500 magnificent structures. Every structure in Hampi has a story to tell. If you’re planning to visit Hampi, you should consider taking a flight to the Hubli airport. Hampi is quite close to Hubli airport.

If you visit Karnataka, and you don’t come to Mysore, you’re doing it all wrong. Mysore, after Bangalore, is hailed to be one of the most famous places in Karnataka. Mysore is one of the many few cities that offers an old World Charm even in today’s time.

The legends of Kings of Mysore are famous even today. They ruled for more than a century. So, no wonder you will get to explore the beauty of the place when you’re here. The pristine historical palaces and temples have contributed to making Mysore a favorite among many.

Let’s not forget about the beautiful Vrindavan Gardens. This is regarded to be one of the major attractions of Mysore. So, if you’re in Bangalore and looking forward to a short getaway, you can take a trip to Mysore.

The beautiful location of Mangalore between the Western Ghats and the Arabian Sea is what makes the place so popular. Moreover, the area is also the eighth cleanest city in India.

Mangalore has been the center of ruling for various kingdoms such as Hoysalas, Chalukyas, and Mauryas. Nonetheless, the city flourished the most during the time of Hyder Ali and Tipu Sultan.

Both British and Tipu Sultan wanted Mangalore. Hence, it was a place of conflict for these two places. But apart from being historically rich, Mysore is also very popular for beaches and hills. If you’re in Mangalore, you will be surprised by the culture of this place. The temples and local people of Mangalore still follow age-old traditions.

You probably have heard about Gokarna Beach. Located in the north Kannad district of Karnataka, Gokarna is a tiny and secluded place. However, the area has a very chill and relaxed atmosphere. It is for this reason that most people from all over the country visit Gokarna.

Gokarna is home to several temples and beaches. Therefore, you may want to visit Gokarna once to explore the beauty. Om Beach, Kudle Beach, and Gokarna Beach are the most popular beaches of Gokarna. When you’re in Gokarna, you can enjoy various water sports. Beaches are a great spot for destination wedding. Try out Gokarna once.

If you want to explore Karnataka’s authenticity, you should consider visiting Udupi. This place is trendy for food and temples. Moreover, Udupi is the home of a thousand-year-old Shiva temple.

When you’re in Udupi, you should make it a point to try Udupi cuisine. The Udupi cuisine bestows you with delicious South Indian food flavor. You can visit Udupi from Mangalore airport, via air or rail station.

There is a never-ending list of famous places in Karnataka. When you’re here, you can enjoy various things, from delicious foods to traditional temples. Karnataka has a mix of traditional and modern. Hence, you should give this place a try.

What You Need to Know Before Shooting Wedding Videography

Gone are the days when people use to take their handy cams out of their bags to simply record a...