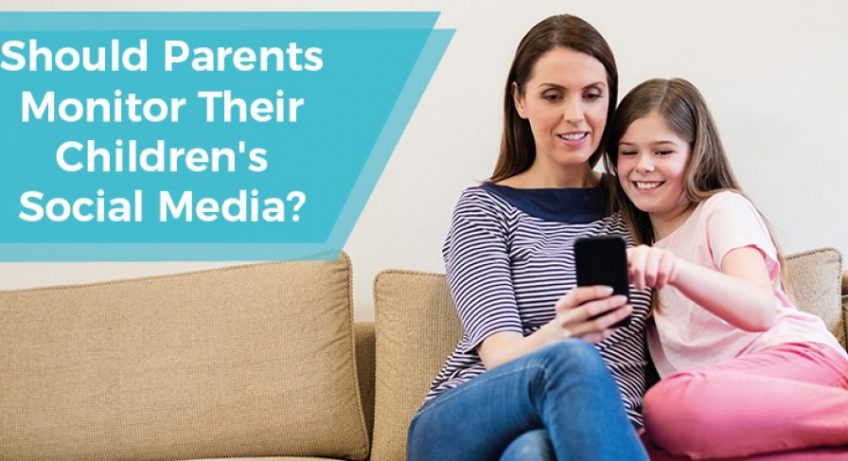 Almost ten years ago, social media was not so popular and widely used as it is now. Facebook was launched back in 2004 and soon after that, many other websites and apps also made entries for the users. Now we see, over 4 billion people using only Facebook in the world whereas the whole world population is around 7.7 billion.

Various reports found out that an average internet user has 5 social media accounts. That means more than half of the world population uses Facebook, Twitter, Messenger, Instagram, SnapChat and other such social networking websites and apps. Among these, millions of teens are also using these apps and sites. As per the findings of a report, 93% of teens between 12 and 7 years of age use social media.

73% teens throughout the world have active social media accounts. This doesn’t stop here as the majority of these teens shares personal information on these sites. According to 61% parents, their biggest concern about the use of social media is that their children share private information on these sites and apps. Many of these parents also monitor children for parental control.

These statistics and facts about teens and social media are not just assumptions. This is what various research studies have found throughout the years. With all these facts, it becomes evident that the majority of teens uses social sites and they do share private information. Most of them don’t even know what the consequences of sharing personal information on such platforms can be.

Social networking sites are really attractive but they are very addictive at the same time. Now, we see most of the American children get news from social websites. They don’t watch TVs anymore and their source of information is social media. They even spend more time on screen than they spend with their books. All these factors provide parents with many reasons to monitor the social media use of their children and keep eyes on their online activities.

See also  Do's and Don'ts for Mother of the Bride Wear

Recently, Facebook admitted that the user data was hacked and over 25 million user accounts were accessible by third parties. Before this, Facebook confessed it has been sharing user data with other apps. The CEO was under fire for confessing that user data was not safe while they claim everything we share on the site is not accessible even by the Facebook teams. Experts believe the same is the case with other sites but that they somehow maintained this secret.

So it is clear that we, as well as our data on social sites, are not really protected. When it comes to the children and teens, they are vulnerable to many online threats. First sharing private information is a serious mistake. Second, teens connect with strangers who they don’t know. They befriend with such people and even start dating them. The end comes in form of harms to the teens, rape cases, murders, and even kidnapping. Is not this enough that parents should monitor the social media use of their children?

If this doesn’t satisfy you, let me clear it further. Many people befriend with girls or boys on social media services sites and further went to marry them. Within a few months of marriage or relationships, they realize their partner was telling lies to them and they pretended to be what they literally are not. This is the end of a relationship and this is really dangerous.

Teens are affected the most from all this. They experience breakups at a young age and they suffer throughout their life. They can’t make healthy relationships when they grow up and get married. Few teens have joined extremist as well as terrorist groups through social networking sites and apps. They managed to connect with terrorist and were convinced to join their teams. Later, they killed dozens of people. Their parents and families suffered and were labeled terrorist.

See also  How to raise your child to be gender-neutral?

Parents want to keep eyes on their teens and they can do everything for this. They have concerns so they want to be relaxed and feel satisfied their children are not doing anything wrong on the social sites. For this, they use an Android Spy app that helps them monitor social media as well as browsing, track locations and do even more. The ultimate goal is the safety of children. This totally makes sense when worried parents monitor their children.